Adventure Weds is not a day, it’s a state of mind. It all started as a bit of an accident one Wednesday last year. We hadn’t intended on doing a circuit but we got caught at the back end of Chatelafter having too much fun and loosing track of time. We got to Morgins and had the sudden realisation that we didn’t have enough time to go either way and make it back for last lifts. A bit of sweet French talking and a bit of blagging saved the day and got us out of a scrape. It became a tradition. So here at Mountain Mavericks we got the team together and organised a ride! 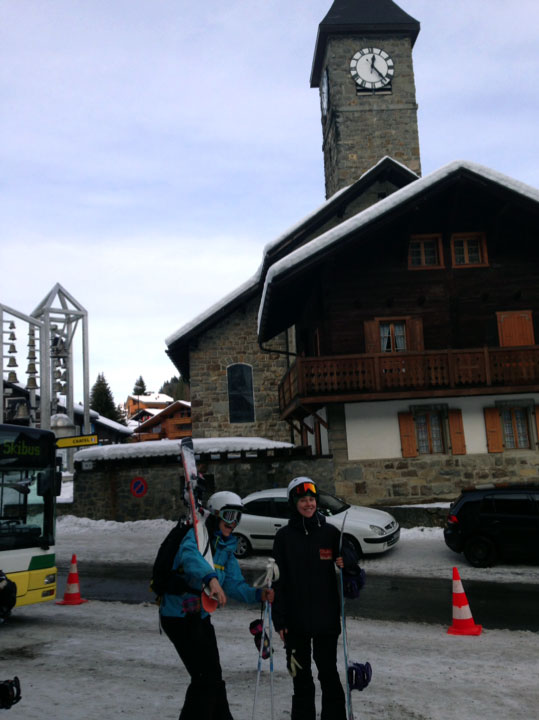 This week fortune brought the original crew and a few new comers back together-we are quite an international bunch, Swedish, Kiwis, Aussies and of course some UKlanders. When Alice and Ida told us they were coming, the obvious thing for us to do was complete a circuit of the PDS. 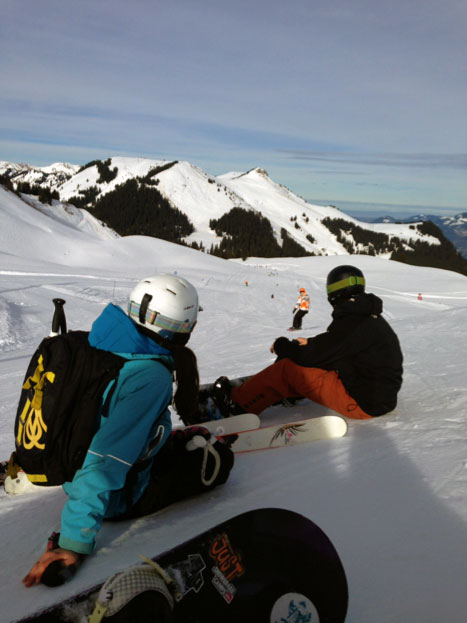 Conditions have been up and down this season so far, so when we knew the sun was out and it hadn’t snowed the night before it was a no brainer. The difficult choice was which way round to complete it -do we go clockwise from Avoriaz and make our way to Chatel first or Anti clockwise and venture over into Switzerland initially. 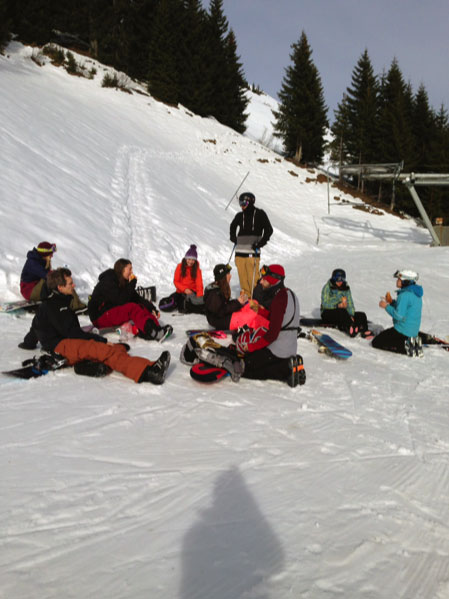 We opted for the anti clockwise route starting at the top of Arare and heading to Fornetand over to Les Croset. We skipped the swiss wall for obvious reasons. The challenge taking in our route is the number of drag lifts and t-bars. Usually unpopular with snowboarders, but we’re a hardy bunch and the reward are some sweet runs through Champoussin and Morgins. 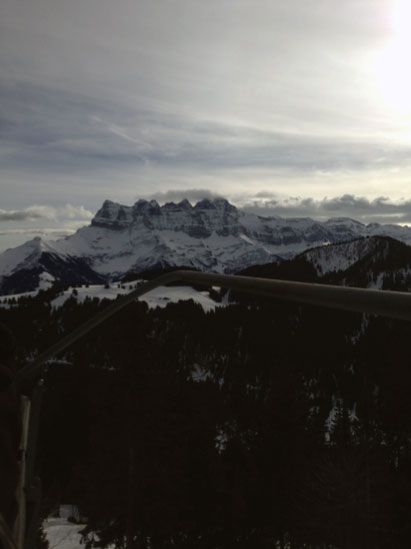 So nine snowboarders and two skiers made their way through Switzerland and back into France without too many incidents and just a couple of drag lift stacks. Stopping only for a quick pocket sandwich and a mini bottle of jäger to boost us through the afternoon. Usually doing a mission such as the circuit with such a big group throws up a few hiccups, but I have to say we all kept pace and smiles were always present. 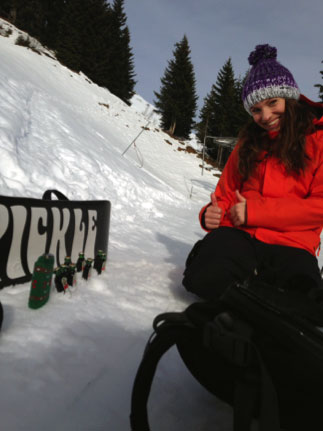 The PDS circuit is a great day out and a great excuse to have a blast around the pistes. My top tip is not to worry too much about time pressures and ticking off resorts. If you find a couple of runs that you love doing then there’s no harm I lapping them and skipping a couple of later runs. Unless of course you are the type that loves a mission then it’s a must to include Abondance (a much skipped section), which is a great secret spot. 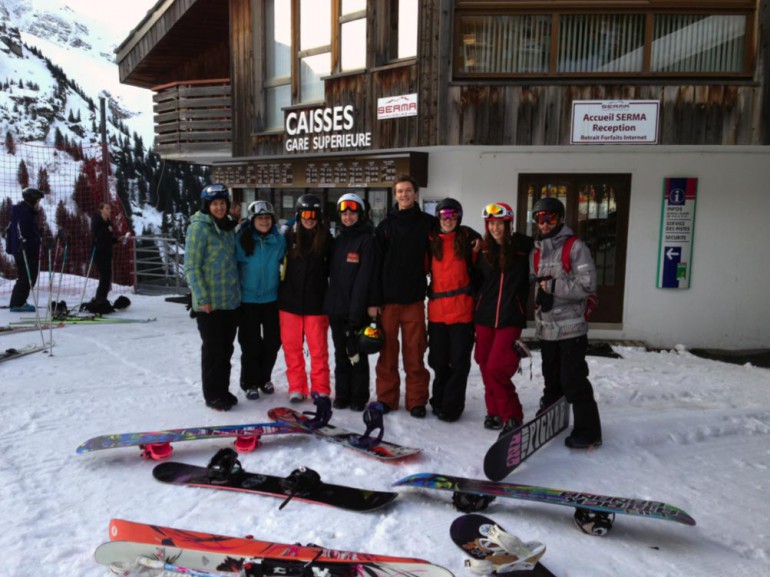