Can we get excited about the snow yet?

It’s that time of year again, summer is over, autumn has begun and those of us that enjoy the snow are starting to wonder how much we will get this year. So in trying to find out for myself I have done some trawling to see what the verdict is in internet land, as there’s a lot of folk out there who know a lot more about it than I do. There is a lot of talk of how El Nino will effect this year and what the jet stream will be up to.

What I can seem to understand is that El Nino will be in effect by January, albeit weekly. Historically and in what seems to be in agreement from a number of sources, this will cause a blocking pattern in the north influencing weather to come from the colder N/NE direction. Whether it is influenced by or a continuation of the same behaviour we talked about this time last year, the Jet Stream is still running to the south of us (leaving us on the cold side) which reinforces the blocking pattern belief. The sum of which should mean that although there will be times when milder conditions will prevail, this winter will on the whole be colder than average with some noticeable lengthy cold periods, which will undoubtedly bring snow.

Now this sounds pretty similar to the predictions that were made last year, (Which I indeed wrote about at Morzine and the snow). But as we all now know last year didn’t turn out to be as bountifully snowy as some predictions would have had us believe. So why should this year be different?

Well the reasons last year was mild and stormy seems to have its roots in persistent rainfall in Indonesia last winter and the typhoon season in Japan this summer, that had a big impact on the jet stream. Mainly causing a persistent dip in the jet steam allowing a high pressure to sit just off north-western Canada. The jet stream would normally rotate around the meridian, but the pressure system blocked this rotation, which meant the dip that pulled arctic air further south stayed fixed over the east coast of America creating a strong polar vortex giving them the dramatic cold winter we saw images of and us in Europe got stuck with the high point of the jet stream which amounted to persistent mild wet weather. The contrast of temperatures across the Atlantic also strengthened the consistency of stormy low pressures. 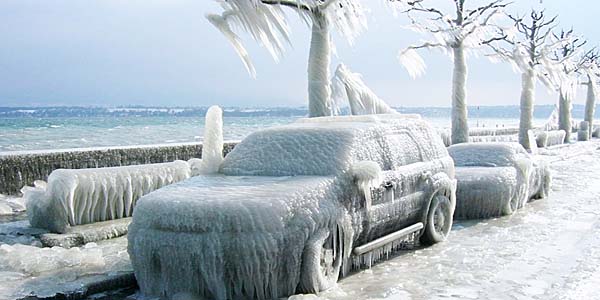 However this seems to still be dependent on an El Nino effect being in place.

Another influence I have talked about in the past is the sun. It is widely agreed that the sun is going through a period of low activity but the effects of which are still being debated. I wrote about this (Are we heading for another Ice Age?) a couple of years ago. Though in trying to research the above came across Dr. Tim Ball. He has published a book called ‘The Deliberate Corruption of Climate Science’. As I have said before I don’t want to get involved in the global warming debate, but one of the arguments Dr Ball puts forward is that the changes we have seen in the Jet Stream are what is to be expected of a cooling earth.

The idea being that the Jet Stream moves around in waves as usual but the amplitude (the north south variation) of those waves is increasing. This gives us the increased variability, with places further south getting cold spells but conversely places further north getting warmer at times, such as in Siberia last winter (didn’t hear so much about that). 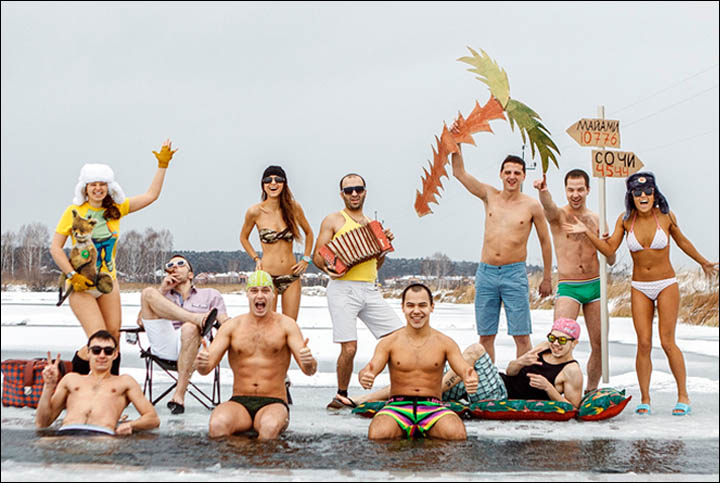 Revellers in Tomsk, Siberia enjoying the unseasonably warm weather in Dec 2014, (it would usually be -30deg C)

So as I understand it there is a very real possibility of the jet stream moving to the south of us as the waves move past, giving us a cold winter. But how far it shifts may be influenced by the El Nino effect, which is yet to be determined properly. However Dr Ball also states that the cooling of the sun has some time to go and we can expect its effect to continue until 2040. Therefore at some time we should expect things to get as cold as the little ice age of 1683, when the Thames froze to a depth of 3 feet. But it might not be this year depending how far the Jet Stream shifts.

Guess we’ll just have to wait and see, but here’s hoping. 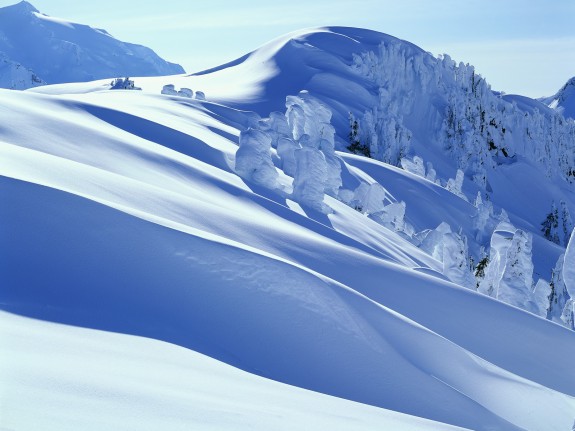 A bit of what we fancy.

Don’t forget you can come and enjoy the snow with us this winter!  Just get in touch to see what we have available in one of our stunning chalets!

Previous: Mountain Buggy and Mountain Mavericks partnership is GO!
Next: Snow-Camp come to Morzine this Summer!